Drawing gameplay inspiration from classic game titles such as Counter-Strike and Tribes, with a dash of the epic aerial duels featured in animes such as Macross, ExoCorps is a multiplayer arena FPS set in the near future. An international initiative is testing new military technologies for use across the globe and into the solar system. Players use powerful exo-suits equipped with full-flight jetpacks and tactical subsystems to engage each other across large landscapes equivalent to several square kilometers.

In addition to full-flight jetpacks, ExoCorps features several unique design features. One of which is the "health" system. The Exosuit requires power to retain integrity, but your primary weapon, the Multirifle, is also very power-hungry. Power is your health AND your firepower.

Also featured in ExoCorps is a "detectability" system. Much of the gameplay will depend on how "hot" a player is running. Using your jetpack and firing your weapon makes you more detectable. The more detectable you are, the easier it will be for other players to track, find, and engage you using their HUD and guided missiles. This can organically create cat-and-mouse gameplay, where players silently stalk each other, interrupted by intense chases and firefights.

The player vs. player "dance" was a major focus of weapons design and balance. While it is possible to catch an opponent off guard and get a near-instant kill, much effort has been put into the play/counter-play balance. Each player is armed with the powerful Multirifle, a single weapon with six firing modes, allowing players to adopt their fighting style to the situation instantly. Dodge your opponents projectiles, launch countermeasures against their missiles, fly to avoid being bombarded with area-of-effect weapons, or drop from the sky to cool off, avoid lock, regen or take cover behind mountains.

Long in the making, a trailer featuring footage from an early version of ExoCorps was successfully greenlit in eight days on Steam Greenlight in 2013. With only two primary developers, ExoCorps has taken several years to finally be in a releasable state. Now with a slightly expanded team, ExoCorps is set to release on Steam Early Access in early 2020, where they hope to use player feedback to guide the game in further development and polish. 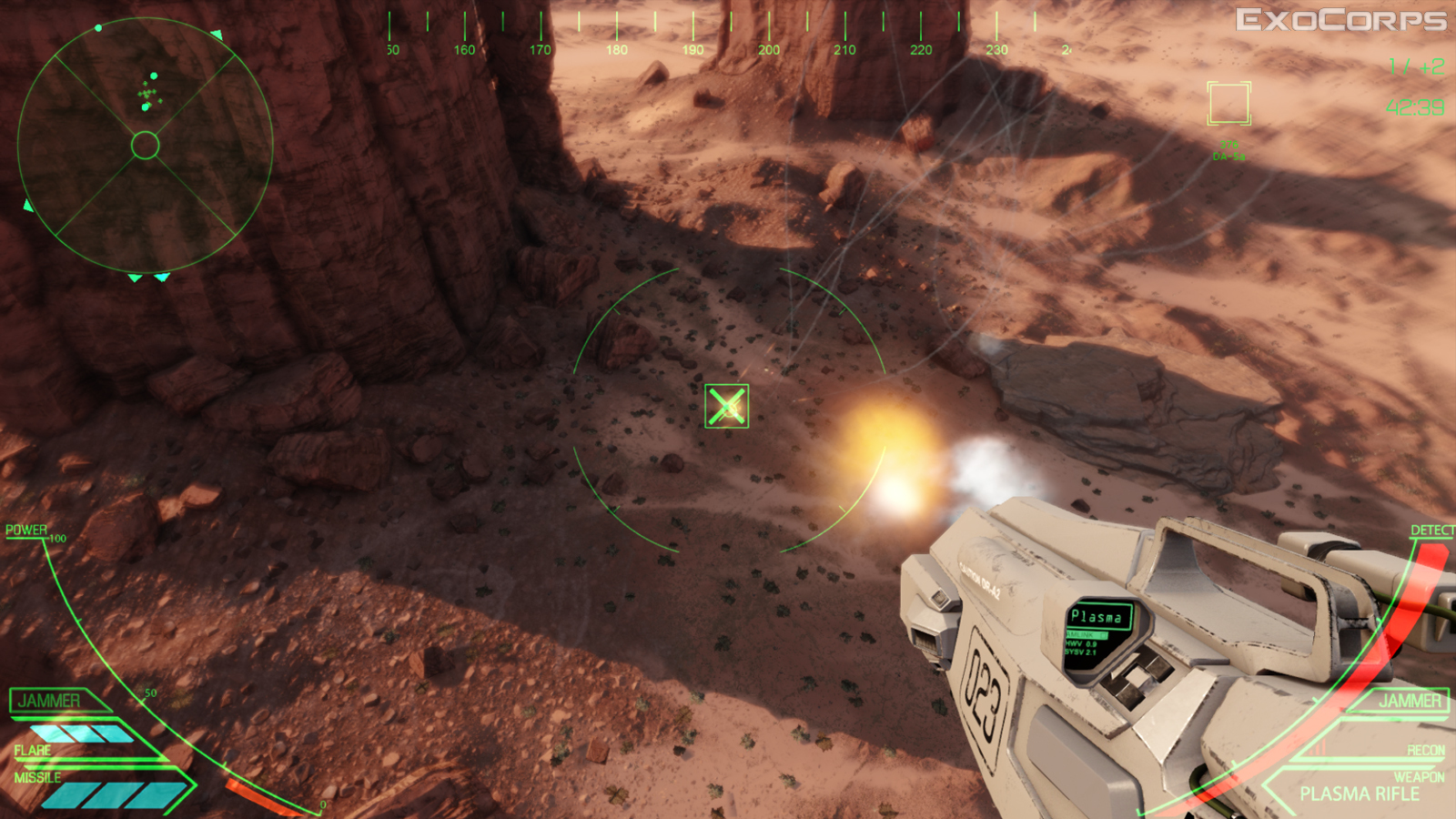 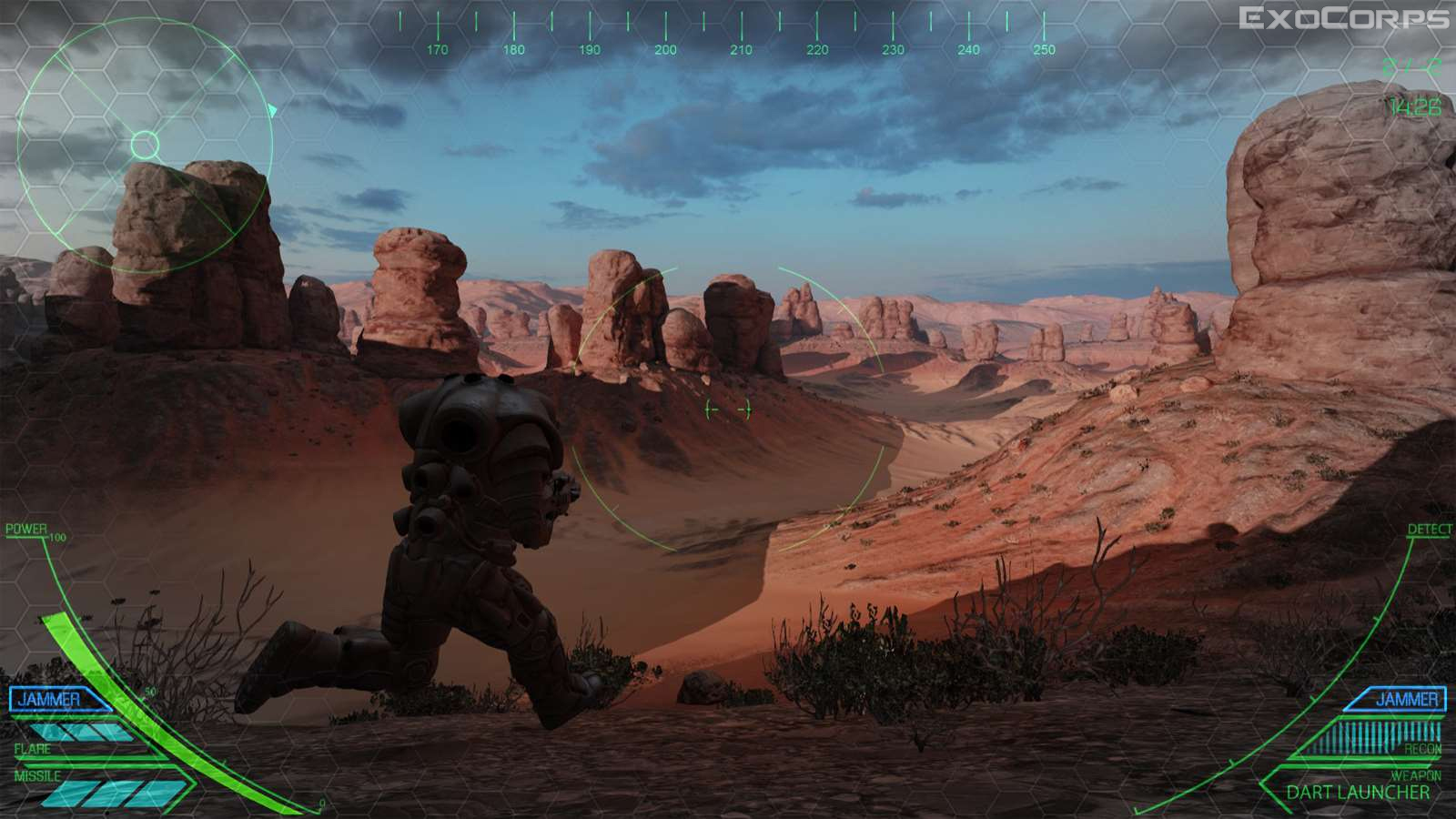 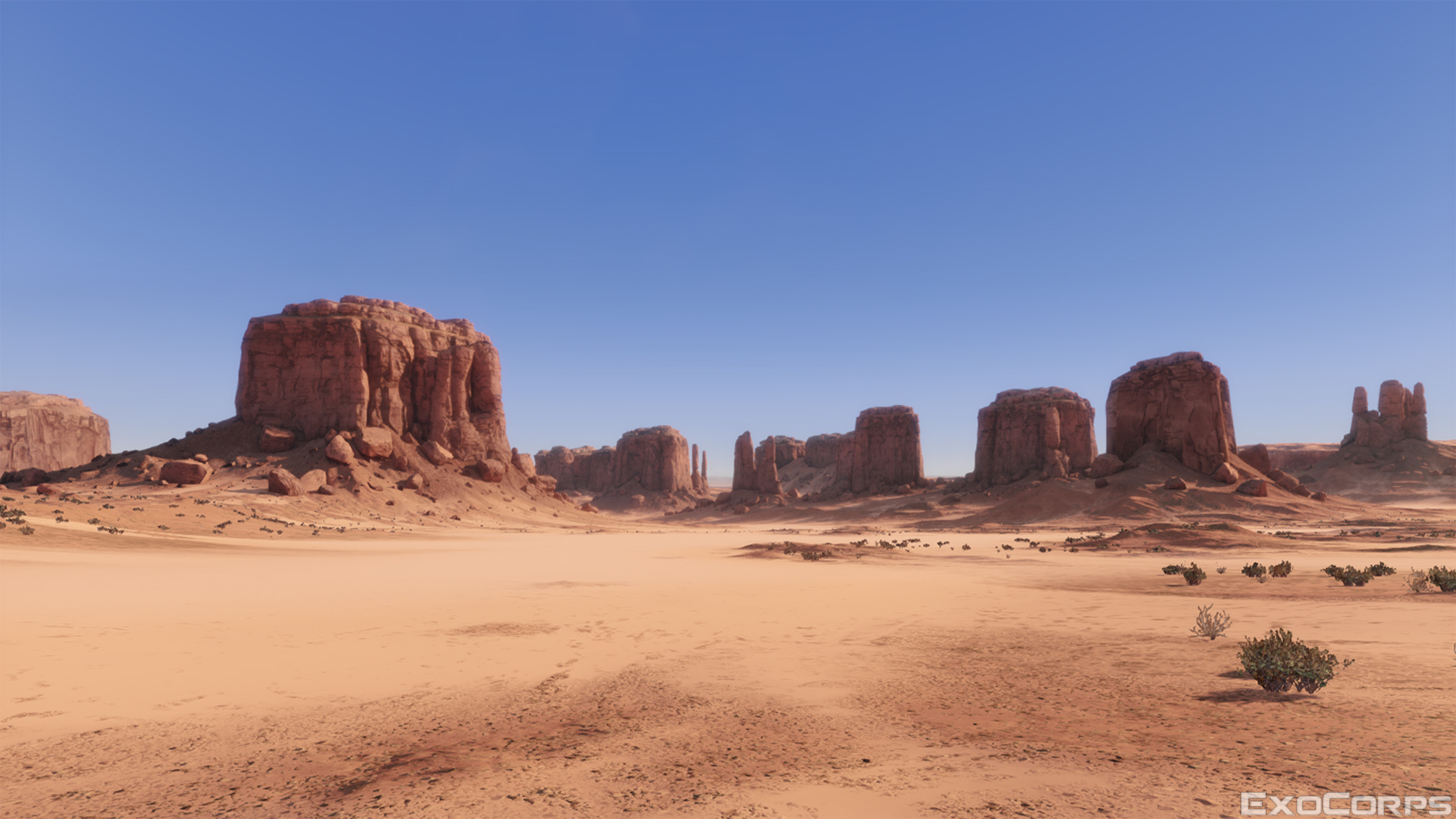 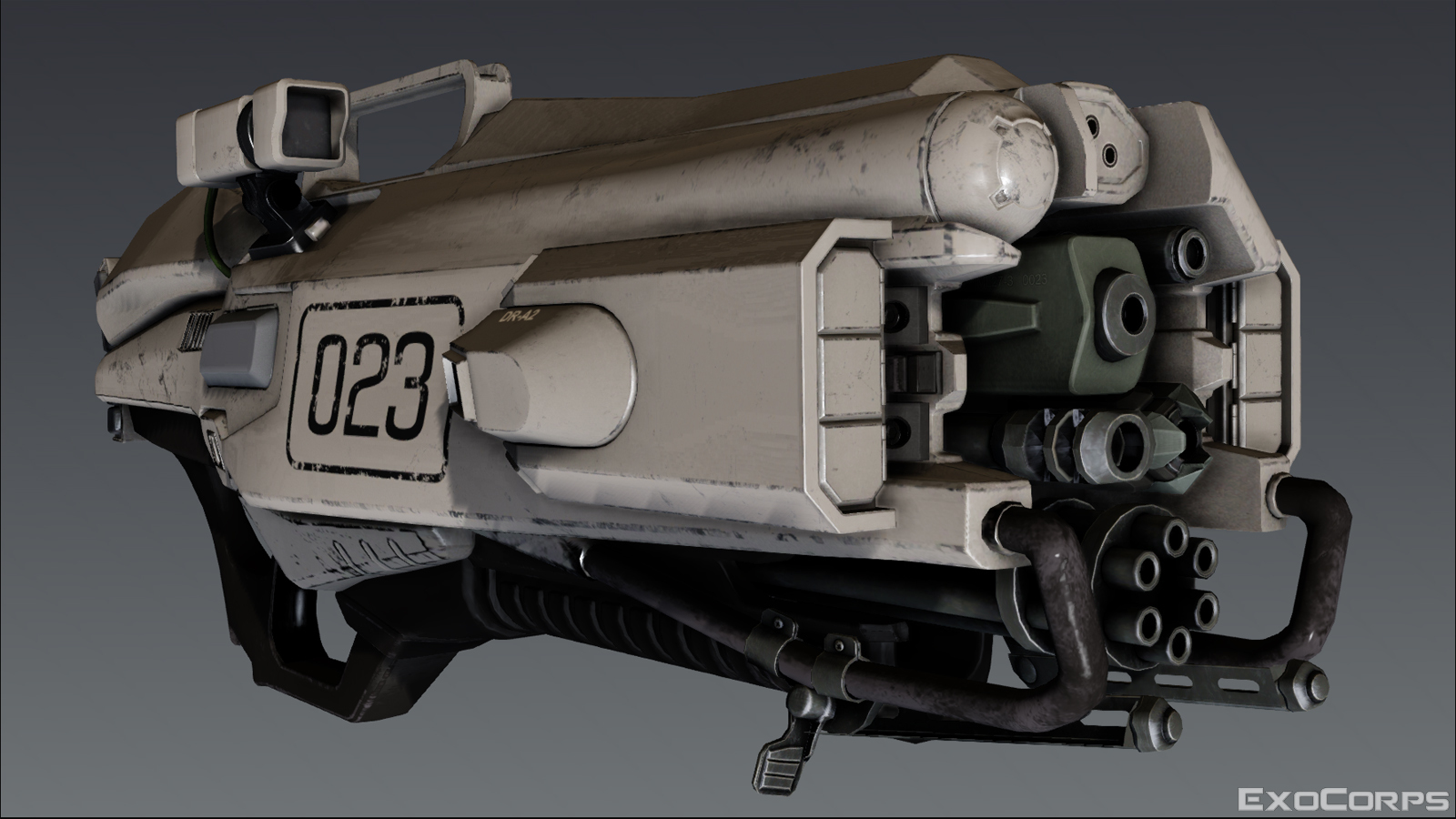 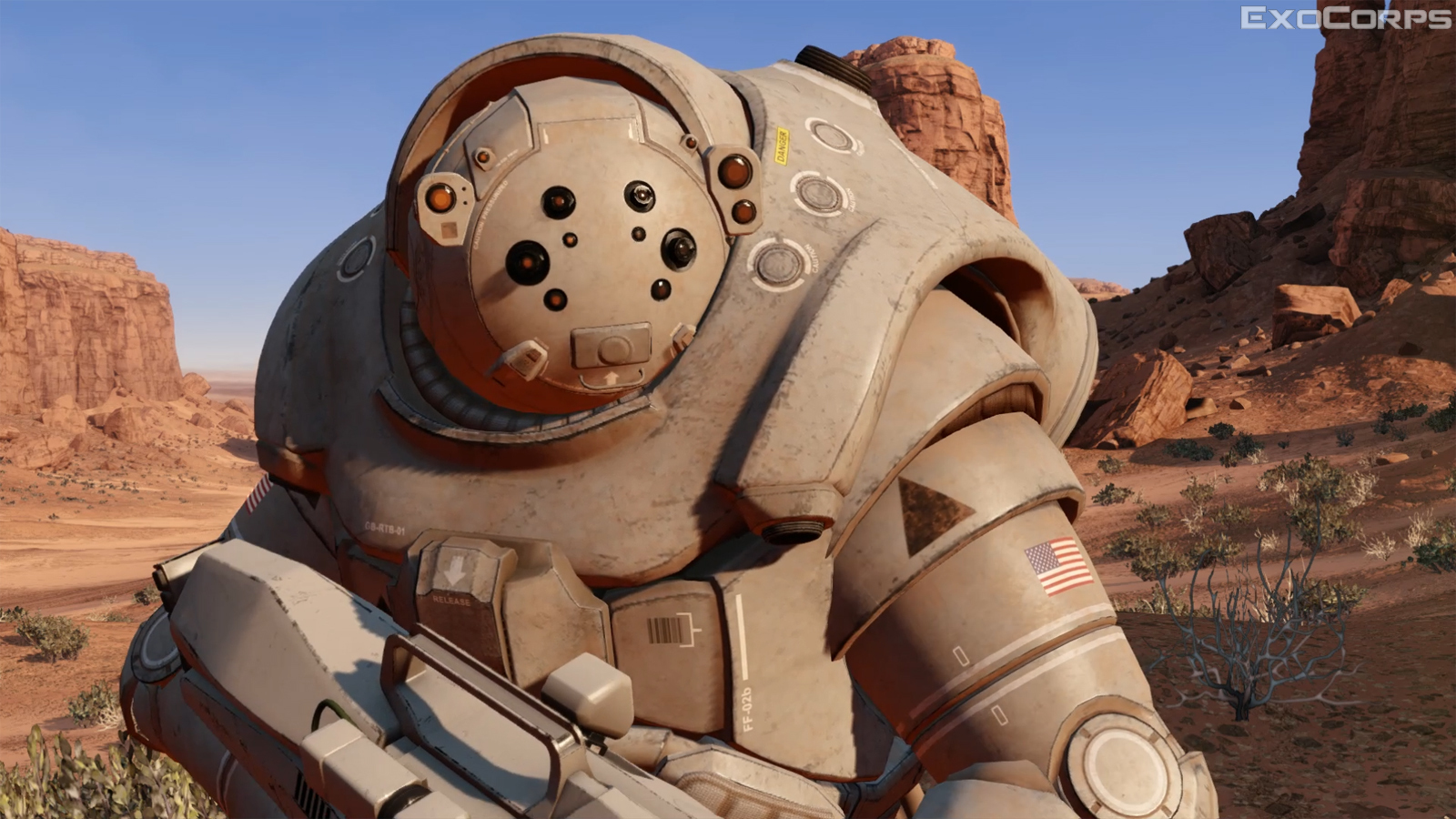 There are far more images available for ExoCorps, but these are the ones we felt would be most useful to you. If you have specific requests, please do contact us!

Gingerbred LLC allows for the contents of ExoCorps to be published through video broadcasting services for any commercial or non-commercial purposes. Monetization of videos created containing assets from ExoCorps is legally & explicitly allowed by Gingerbred LLC.

Boilerplate
Founded in 2013, Gingerbred was formed by artist and desiger Garin Mazaika alongside engineer Rachel Fenn. Now husband and wife, with two children, Gingerbred is proud to announce the Steam Early Access release of the multiplayer sci-fi shooter Exocorps in early 2020.